Primoris for a better world

Primoris   Primoris for a better world

Over the past 3 years Primoris has been supporting projects that contribute to a better world via our own Primoris for a better world. At Primoris we are aware of our social role and are dedicated to give back a little extra to society

In 2020 we support one organisation/charity with a sum of € 15.000. During registration for our webinar, we offered the possibility to vote for one of the suggestions made by employees of Primoris Belgium, as this year we left it up to our employees to make suggestions.

A total of 6 suggestions made the longlist: 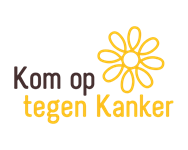 With 60% of all votes Kom op tegen Kanker was the clear winner of this year’s edition and as such they will receive the financial boost from our project. Unfortunately, we are all confronted with cancer sooner or later and scientific research remains a necessity in order to efficiently battle against and even prevent this disease. Kom op tegen Kanker helps provide this scientific research, which we at Primoris are more than happy to support.